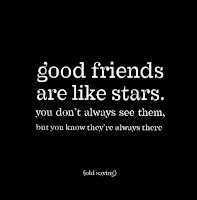 Many, many, many years ago there was a song being song in auditoriums all over the world as people linked arms, held up lighters and felt thankfulness in their hearts. It's a Michael W. Smith song and the chorus went like this:
And friends are friends forever
If the Lord's the Lord of them
And a friend will not say never
'Cause the welcome will not end
Though it's hard to let you go
In the Father's hands we know
That a lifetime's not too long
To live as friends
Everybody needs friends. Someone once said that you should keep your friends close and your enemies closer. In other words, make friends with as many people as you can. In Mark 2 there is a story about a man that was paralyzed. He could not do anything for himself, in fact, we don't know if he could even speak. He was immobile and unable to function in his life. There are many people today that are spiritual paralytics. They don't talk, they can't move and when it come to doing even the simplest of tasks, they are unable to function.
The man in this story that was paralyzed was special. Special? In his condition? Yes, because he had friends. At least 4 of them that we know of. Four people that believed in his dreams, loved him unconditionally and were willing to make personal sacrifices to help him get well again. What did they do? You'll have to wait until tomorrow to find out!
Think about friendship today. How many "real" friends do YOU have? Not Facebook ones; genuine, flesh covered people that you know and care about. My prayer is that they care about you like these four men cared about our immobile friend. Good things were just around the corner...

“Life is partly what we make it, and partly what it is made by the friends we choose.”
Tennessee Williams