R is for REPENTANCE 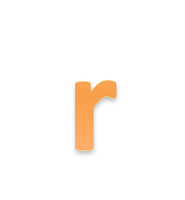 Well at the end of such a SUPER week, "r" could be for a number of things. It could have stood for REVOLT, something that those in Egypt know so well right now...many revolting for the democracy they desire that would allow their voices to be heard and understood. It could also be for REVOLUTIONARY which speaks to the heart of true worshipers of God that long to see dramatic life change all over the world. Revolutionary prayer could make all the difference in the revolt taking place right now!
But for me, right here in 2011, at the beginning of the second month of the year, I have to say that "r" is for REPENTANCE. I am so grateful that even when I fall short of God's best and make some mistakes, repentance brings me back to where I was before the mistake. It's a 180 degree turn in the right direction.
Maybe you fall short too and could use a little good news at the end of Super Bowl week. The good news is that God loves you! He has an incredible plan for you and the things that are in your future are so much better than the things that wrecked your past. So revolt against the plan that the enemy of your soul wants to sell you. Be revolutionary and take a stand for righteousness and the ways that Jesus instructed. And when you fall down, repent and get back on track again. The best part is the rest!
R you Ready?