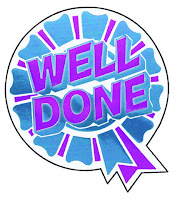 Last night the nation was informed that one of our greatest adversaries to national safety in this country, Osama Bin Laden was captured and killed by our military troops. The social networks were buzzing with a variety of comments. My thoughts immediately went to those families sitting in living rooms without people that they loved because of the evil heart of this person and those he inspired to act it out. I thought of the countless men and women in the US Armed Forces who have sacrificed beyond comprehension to go after those that threaten our freedoms and hurt our people. I also thought of George W. Bush and the incredible resolve he must feel knowing that the men and women that he sent into battle have been applauded, validated and justified by the period that they have placed on this season. Well done!
President Obama then reminded us that when America sets its mind to something, it can carry it out. Unity is a powerful force and when people act together, just like these special ops units, evil has no chance. We have an enemy to our eternal security as well and unity is also the greatest weapon we have for capturing evil thoughts and killing adversity in every area.
We have within us power, power from the very heart and spirit of God to overcome evil with good. Today as we celebrate this wonderful achievement for our military, and as we hope this brings some peace and closure to families impacted by terrorism, let us move forward to remain a people unified: one heart, one mind, and one spirit-or as our pledge so eloquently states-one nation under God, indivisible, with liberty and justice for all. AMEN!