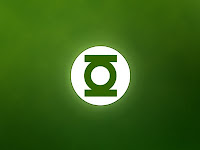 Saw a movie yesterday that spoke of the awesome power in our "will" and how strong it was. Suddenly, a character surfaced that had lost their "will" power and fallen prey to fear. Soon they realized that fear is a powerful force too. So a battle ensued and those using the power of their "will" thought that if they learned how to harness the power of fear they would be unstoppable. The chief character pointed out to them that fear has no power if "will" chooses to use it's full force against it. As the battle carried on, he learned how to exert the power of "will" and fear was destroyed.

How many times have you chosen not to do a task or enter into a deal because you set aside "will" power and gave in to fear? Fear is no match for the one who learns how to love others and do good works. In fact, perfect love will send fear running.

Don't let fear win your battle today. You need to develop your "will" to love and live life to its fullest! It's going to be a great day and you are going to be victorious!