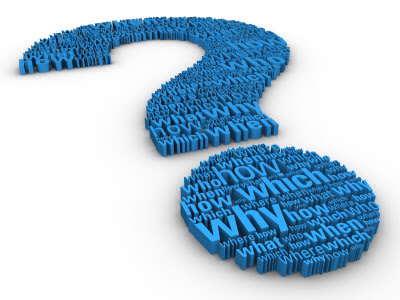 How does a man after God's own heart reach deep within to find strength and power to survive? He encourages himself. He talks to God. David was not afraid to ask questions. The key to asking questions is to ask the right ones.

As David looked out over the ruins of Ziklag, as he faced the wavering loyalty of his own men, he came up with two questions for God. The first one was "should I pursue this troop?". Should I go after these people that kidnapped my family and destroyed our city? David knew that some battles were not his to fight and he wanted some direction from his Lord about this one. What he was really asking is what part am I to play in this battle. He wanted to know his responsibility.

The second question is my personal favorite..."will I win?". Not only did he desire to know his responsibility, he wanted to know the end result! What should I do and what will the outcome be? Great questions. And a great God would answer him. David was told that he should pursue them and that he would be victorious.

Maybe you have experienced an ambush attack. For a while you've been overwhelmed by grief and mourning. But now you seem to have some inner strength. You've been encouraged as you've remained faithful and God has been conditioning your spirit through the loss. Perhaps its time for you to pose your questions? Make them good ones!

What do you want ME to do Lord? That is a wonderful start. David recovered everything that was stolen. He got the families back together, all of his stuff and even some extra from those people that took it. You can recover what has been taken from you too! It may not come from the same people and it may not be from the place you expected. But YOU WILL RECOVER ALL. Fight the good fight of faith and hang on. Encourage yourself, talk to God and yes, go ahead and ask a question or two!