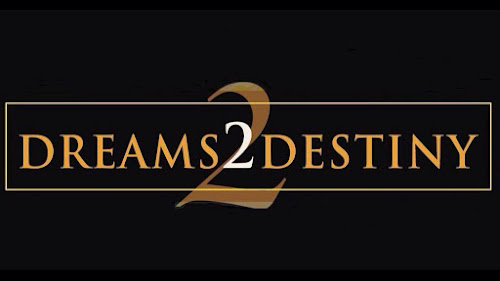 Jeremiah 29:11 For I know the plans I have for you,” says the Lord. “They are plans for good and not for disaster, to give you a future and a hope.
What an amazing thought this is: to realize that God has a plan for ME! The Creator of the universe...the One who hurls the stars into place...who made the oceans form and the mountains rise has a plan for me! But it gets even better!
Not only does the Grand Designer of all there is have a plan, that plan is for good and provides me with hope and a future. When I began Dreams2Destiny Center in 1997, there was little structure to the organization. I had a dream to help others realize their dreams and then move in the direction of making them happen. They were good plans indeed!
What God prepared for me started as a simple idea. Fueled by passion it then became a company that helped people get unstuck in their lives and move forward. God even networked me with other dreamers and awesome things started to happen. This blog began and I was able to bring a rich blend of inspiration to folks to help them through the daily grind of life. As the plan grew it developed a book...an instruction manual and coaching guide came. And through the growth of a tiny thought came the church I founded and pastor today, The Landing Community Church. God had a plan for me! And He still does!
What have you been dreaming about? Have you realized that God has a magnificent future for you? More than you could ever imagine? Ask Him to give you a glimpse of that hope-filled journey today. I'd love to hear about all He begins to tell you!