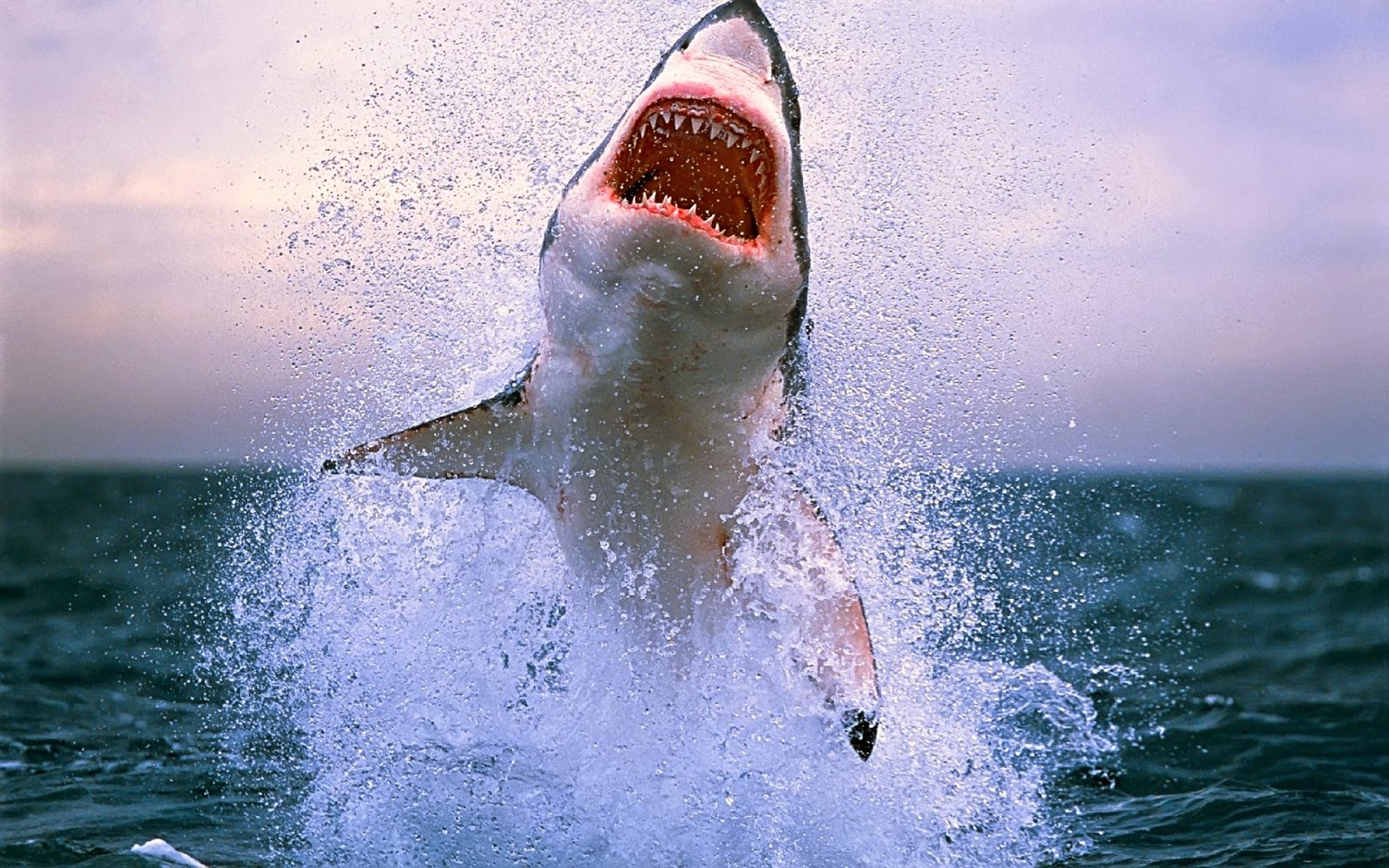 #SharkWeek is one of those times each year that I look forward to. Since "Jaws" made a huge splash at the box office, I have been fascinated by these large creatures. To watch something that weighs a couple tons move so gracefully through the water and then to watch their jaws open to expose hundreds of teeth....well its one of those things that you just keep looking at. And then to watch Fluffy, that poor little seal...well you know the end to that story. It's a bad week to be a seal.
So, Cup of Joe, lets see you turn shark week into something spiritually beneficial that will encourage us:) OK, let me try!
I think many people feel like their enemy is huge...enormous and unstoppable; smarter than they are. They feel like seals swimming in Shark Alley. They are paranoid, fearful and worried about the next attack. They say things like, "i'm gonna need a bigger boat!"
The Bible tells us that satan roams about seeking people to devour and destroy. He's not called a Great White but a Roaring Lion. In reality, he's just a mouse with a microphone:)
When you lean into Jesus and trust Him, you carry within you the antidote for fear...the explosive force to annihilate any "Great White" you face! You do not have to be afraid. You are not a seal...but the Holy Ghost has placed his seal upon you and marked you for salvation and an eternity with God.
The unknown tends to scare most of us. We worry about things that are not even real. False Evidence Appearing Real. Trust in the Lord today, jump out in faith and go ahead...get back in the water!
Email Post