What Does a Real Successful Leader Look Like? Pt 1 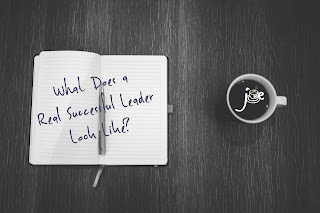 We live in a time when true leadership is getting harder and harder to find. People are a bit unruly…or as the Bible calls it, lawless, and when we all go rogue, chaos is most definitely imminent. We need leaders for our companies, our country, and our homes... good leaders, real leaders. So it begs the question…what does a real successful leader look like?
Since I believe that the Bible answers every question that life could ask of us, let me turn to it to offer my thoughts regarding this question. It’s a story packed with emotion found in 1 Samuel 30. Let’s read the first 5 verses.

30 David and his men reached Ziklag on the third day. Now the Amalekites had raided the Negev and Ziklag. They had attacked Ziklag and burned it, 2 and had taken captive the women and everyone else in it, both young and old. They killed none of them, but carried them off as they went on their way.
3 When David and his men reached Ziklag, they found it destroyed by fire and their wives and sons and daughters taken captive. 4 So David and his men wept aloud until they had no strength left to weep. 5 David’s two wives had been captured—Ahinoam of Jezreel and Abigail, the widow of Nabal of Carmel.

Look for a minute at verse 4 for the first characteristic of a real successful leader:
4 So David and his men wept aloud until they had no strength left to weep.


The first characteristic of a real successful leader is vulnerability. We’ve heard people say “never let them see you sweat”. How about we forget that? REAL success is seen, not covered or masked….it is visible and obvious. Emotions are not buried or hidden but exposed. Relate-ability comes easier when we KNOW how each other feels. When we pretend…mask our emotions…we are not being real at all. Everyone is going through something. It's OK to feel it. Fake people create fake environments. Real men (and women) cry. Real men know who they are IN CHRIST. Being real is the first character trait of a successful leader.