When the DOG Shows you GOD 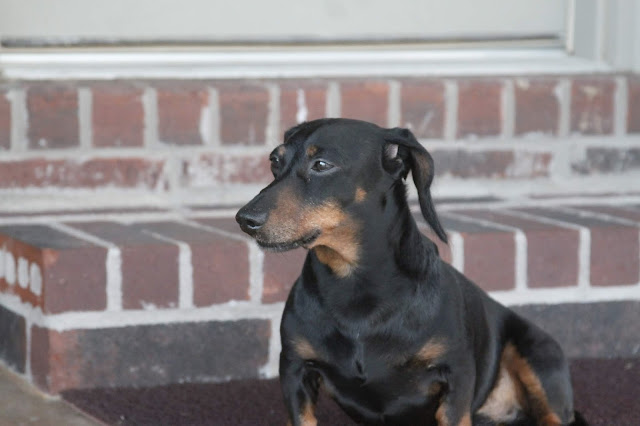 Some time ago I had a beautiful miniature dachshund named Midnight. One day I gave MIDI 4 little milk bones. He loved them so much and would even go to the kitchen and sit in front of the pantry door until I got up to get him some. I would usually bring them over and lay them on the edge of the coffee table so he could get them when he wanted to. I know that dogs love to bury their treats and save them for later. I watched MIDI do this in the yard when he was given a bone.
On this day, he grabbed a  milk bone and went to the corner of the room. He placed the little treat right in the very corner of the room away from the places that we walk. And then he started using his paws and pushing the carpet in the direction of the bone...like he was covering the bone up so I couldn't see it. Only there was nothing to cover it with but he still went through the motions! It was hilarious!
And then I realized how many times I have tried to place an "imaginary" covering over the things I wanted to hide from others. Things I wanted to keep secret. Countless times I wanted to bury something that I did not want anyone else to see. I may be thinking that I am hiding these habits or addictions but in the sight of God, everything is in the open. Nothing is hidden from God. God sees what is in our hearts. He knows our intentions.
As I watched MIDI try to bury the bone with the imaginary dirt, I laughed and said Midi, I can still see it, its right there. God says, Joe, I can still see that, its right there. Let me suggest that you and I learn something from my little miniature dachshund. You just can't hide it from your Master! Take your difficulties and your troubles to God, lay them out in the open and ask Him to help you leave them at His feet. As you have read this today, I am certain that some of you know exactly what you were burying. What God reveals to you, He wants to heal in you. Today, let Him start!
Email Post