Is It Time to Leave? 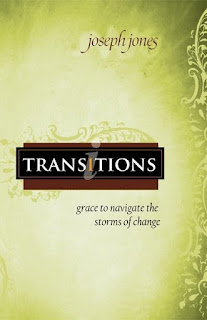 The other day I was in a discussion with someone who
was trying to determine how to move into the next
season of their career. It was time for them to make
a transition and they were dealing with it like most folks.
The hardest part of this type of change is the decision to
leave and move on leaving.
Today I want to give you a short excerpt from my story
when I left the Christian music business to transition
into becoming the pastor of a church in Tulsa, Oklahoma.


"When God tells you that its time to change
jobs and you stay longer than you were supposed to,
things may get very difficult before you leave.
The longer you stay where you are not
supposed to be the harder it will be to leave. I
often wonder why He seems to move us when
things are somewhat comfortable and going quite
well right where we are. I don’t like to move. But I
never want to stay anywhere longer than I am
supposed to. I realized that when I first became rest-
less in my job in the Christian music industry. If I
were honest with myself and with my hindsight
being 20/20, I would have to say that the Lord was
prompting me to make a change 5 years before I
actually made the decision. Those final five years
were not the most blessed, they were the most
difficult. Perhaps because I stayed longer than I was
supposed to? Maybe I stopped listening and started
staying busy thinking about how to make the
restlessness go away? Whatever, when it came time to
leave I wanted to do so with a measure of grace and
class. I never want to burn bridges because as they
say, you may have to pass over them again later!
Don’t stir up a storm and animosity when it is time
to go, just go."

If you are in a place of decision today about making a change in jobs or careers, I can honestly tell you that if you will pray, trust God, take baby steps forward, and pay attention to the way God is leading you, it can be the most exhilarating season in your life.

To get the whole story get your own copy of TRANSITIONS
by using this link:
Order the book on Amazon