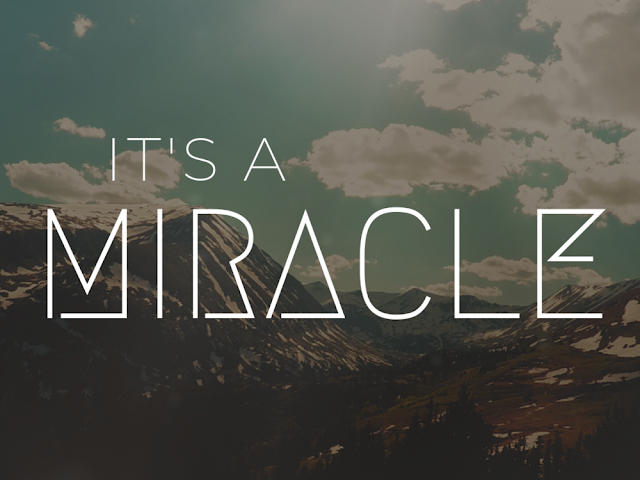 Acts 9:32 Meanwhile, Peter traveled from place to place, and he came down to visit the believers in the town of Lydda. 33 There he met a man named Aeneas, who had been paralyzed and bedridden for eight years. 34 Peter said to him, “Aeneas, Jesus Christ heals you! Get up, and roll up your sleeping mat!” And he was healed instantly. 35 Then the whole population of Lydda and Sharon saw Aeneas walking around, and they turned to the Lord.

It just takes one miracle. One act of God, one supernatural burst of power, one deliverance...one miracle. Peter went from city to city looking for people that needed Christ. Some needed to have their minds reprogrammed, some needed financial help, some healing in their bodies. When he met Aeneas it was clear what his condition was. He hadn't been able to move for eight years. Peter spoke with authority and said "Jesus Christ heals you! Get up, grab your sleeping bag and get moving!" Immediately the man was healed. One man, one miracle.
But the impact was so much greater! The ripple effect began. The entire population of Lydda and Sharon saw the man who was once immobile walking around town! And everyone turned to the Lord!
So don't think that YOU can't make a dramatic difference in the lives of those around you. Do you want to change your city...your state...your office...your home? It only takes one miracle:)