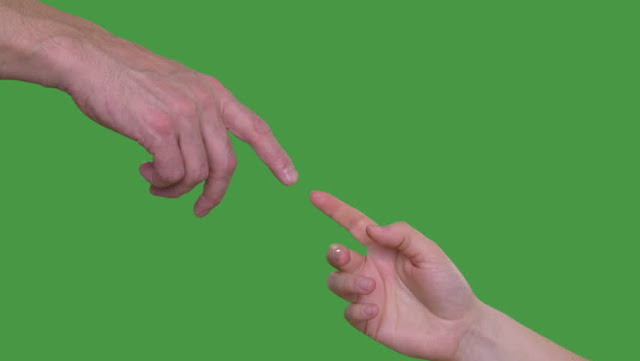 Mark 5:30-31 At the same moment, Jesus felt energy discharging from him. He turned around to the crowd and asked, “Who touched my robe?” His disciples said, “What are you talking about? With this crowd pushing and jostling you, you’re asking, ‘Who touched me?’ Dozens have touched you!”

This is a story about Jesus walking with a bunch of folks on the way to Jairus' home to heal his daughter. There was a lot of activity as they go on their way until suddenly, Jesus stops and asked a simple question:"who touched me?" The disciples found this a bit odd as there were many people brushing up against Jesus. But Jesus had felt the touch of someone that had "pulled" power from him. It was just a little touch.

The touch came from a woman who had been sick for 12 years. She had done everything she knew to do in order to be well. But right there on that day and in that moment, she thought that if she could just get a finger on Jesus, if she could just get a little touch, she could be well. She thought about faith without realizing the power that faith had! And she touched Him! Jesus stopped, turned around and blessed her sending her on her way completely healed. She had pulled power right out of Jesus!

Many people touch Jesus today. They go to church, read the Bible, even attend small groups. But few ever touch Him in a way that lets them feel His power move into their life and circumstances. All it takes is a little touch. Are you ready to be well? Faith in God will pull power into your life right now.